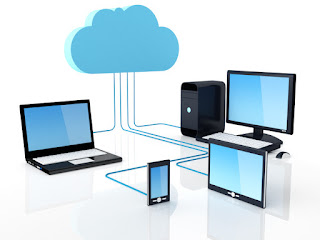 It was on early 2014 when I joined Radio PPI Dunia (further will be mentioned as RPD) for the first time. All of the crews are spread all over the world, to the 5 continents, thus cloud storage becomes our vital need. Before I got introduced with Google Drive, I already knew about another cloud service, that was Dropbox, but barely used it.

Practically, since I joined RPD, my interaction with cloud storage became more intense; it has become an inseparable part of my life (some hyperbolic shit here). But really, this cloud storage or cloud computing tech are making our world literally edgeless, spaceless; you and I can edit or view this one folder containing our project, no matter if you are far away at European country and I'm here in Japan. So damn futuristic, or could I say, we are in the future now.

Now just as any other storage, there must be a limitation to the size of the storage, it doesn't mean because it is the cloud, it got limitless storage. The default space for GDrive is 15GB, the biggest among 3 mainstream cloud storages (the other 2 are Dropbox with free 2GB and OneDrive from Microsoft with 5GB free storage). For some people, 15GB should be more than enough but not for me, I upgraded my cloud to 100GB, and I have to pay like 2USD per months, but nah, no sweat, I guess *lol.

Now, this cloud storage thing not only can share files but also for those who are active at an organization, you can do the notes of meeting through Google Docs, multiple people writing in 1 document, simultaneously. Now THAT is what I call with future thingy. Another feature is Google Calendar, where you can synchronize the calendar of your organization, with your own calendar (I don't know whether iPhone's calendar can also be sync or no), meaning you don't need to re-write the schedule of the organization on your calendar, because you already sync the organization's calendar with yours. Neat!!

But some people are still concerned about the security of cloud storage. They say it is easy to leak and your private information can be spread to the third party, and so on. But hey, who am I to be worrying those kinds of things? I merely a student bearing no country's secret and such, so I'll take it for granted and use the technology as I needed *lol.

So, have I shared any cloud files with you? What was it? When was the last time you open it? Is it still there? So many questions, so little answers. It is our duty to find it. 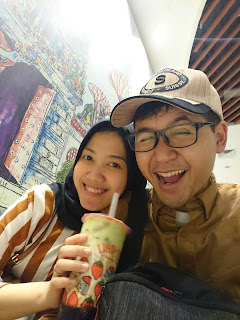